Goodfellas, The Graduate, Rockets and Ramy: What's Coming to Hulu in May 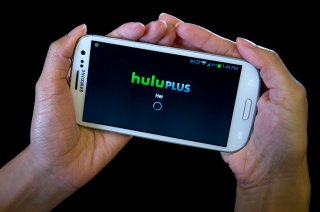 We told you yesterday about what's coming in May to Netflix. Now, the best of what's set to arrive on Hulu, for you to watch in the month of May:

- The Dark Knight (May 1.) Christopher Nolan's 2005 film, starring Christian Bale as Batman and Heath Ledger as The Joker, is the second of Nolan's three movies about Gotham, and perhaps the most acclaimed superhero movie ever made. That Ledger passed away prior to the movie's release has only added to its legend.

- Goodfellas (May 1.) Martin Scorsese's legendary gangster epic, starring Ray Liotta, Robert De Niro and Joe Pesci, was one of several movies Scorsese has made about the rise and fall of a criminal syndicate. It reaches Hulu this month, in time for its 30th anniversary later this year.

- Demolition Man (May 1.) If you enjoyed the Dennis Rodman episode of The Last Dance on ESPN, here's the movie where he got the idea to wear his hair like that. This 1993 action film, directed by Marco Brambilla, starred Sylvester Stallone and Wesley Snipes as a cop and criminal who are cryogenically frozen in the 1990s and re-animated in 2032, where crime has been driven underground and the only remaining restaurant is Taco Bell.

- The Graduate (May 1.) The classic drama from 1967, directed by Mike Nichols,  starred Dustin Hoffman as a recent college graduate in Beverly Hills who has an affair with the much older Mrs. Robinson (Anne Bancroft.) The film also features the music of Simon and Garfunkel.

- Tank Girl (May 1.) This 1995 sci-fi film, directed by Rachel Talalay and starring Lori Petty, was based on a comic series, and has gained a cult following over time. The film also features an eclectic supporting cast of a very young Naomi Watts, Ice-T and Malcolm McDowell.

- The Lodge (May 5.) A psychological horror film centered on a fundamentalist cult, The Lodge is directed by Veronika Franz and Severin Fiala,  and it debuted at Sundance in 2019 and hit theaters this past February. The film stars  Riley Keough, Jaeden Martell, Alicia Silverstone, and Richard Armitage.

- Spaceship Earth (May 8.) A documentary about the Biosphere 2, which was a self-contained ecological system built in Arizona in the early 1990s. Directed by Matt Wolf, the film debuted at the Sundance Film Festival, and even featured an appearance by the future Trump adviser Steve Bannon, who was the project's CEO for a time.

- Rocketman (May 22.) Last year's acclaimed biopic of rock superstar Elton John, which got much better reviews than Bohemian Rhapsody but won three fewer Oscars, stars  Taron Egerton as Elton, while telling the story of Elton's life from his childhood until about 1990. The movie features most of the singer's hits.

- I Still Believe (May 26.) This Christian film, based on the life of the singer Jeremy Camp and the illness of his first wife, opened in theaters in mid-March, right as social distancing was beginning. Now the film, which stars  KJ Apa as Camp and also features Britt Robertson, Shania Twain, Melissa Roxburgh and Gary Sinise, is arriving on Hulu.