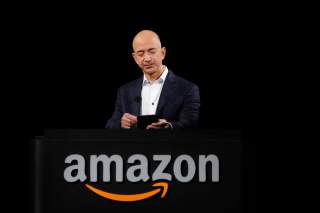 The company made algorithmic changes to its search results that favored fellow big tech giants, according to the report, which relied on an analysis of the company’s system and interviews with sources. Google believes customers prefer products from larger outlets, the report notes.

The move to tilt algorithms toward monster corporations, which was a hotly discussed decision inside the company, boosted Amazon’s products, even if such items were discontinued, the report notes, citing sources.

Google pushed back on TheWSJ’s representation of its algorithms.  “It’s inaccurate to suggest we did not address issues like discontinued products appearing high up in results,” Lara Levin, the spokeswoman, told reporters.

“There’s this idea that the search algorithm is all neutral and goes out and combs the web and comes back and shows what it found, and that’s total BS,” the former executive said. “Google deals with special cases all the time.”

Levin addressed that issue, too.

“We prioritize issues based on impact, not any commercial relationships,” she said, noting that the search team does not seek to provide specialized guidance to website owners. Faster indexing of a site does not guarantee more results, Levin added.

TheWSJ report also highlighted several examples where Google shut off a company’s lifeline. Online marketer eBay, for instance saw a $200 million hit on its revenue in 2014 after Google lowered the ranking of several of eBay pages that provided traffic to eBay.

Google agreed to improve rankings as eBay worked to make its pages more “useful and relevant,” sources told TheWSJ. The corrections did not prevent Google from later levelling more demotions on eBay, the report notes.

“The deceptive_news domain blacklist is going to be used by many search features to filter problematic sites that violate the good neighbor and misrepresentation policies,” the policy document states, according to the TheDC’s report.

WSJ’s Friday report will not tamp down calls from Democrats and Republicans to investigate Google.

Massachusetts Sen. Elizabeth Warren, for instance, released a plan in March to impose new rules on tech companies with $25 billion or more in annual ad revenue, forcing Amazon and Google to dramatically reduce their hold on online commerce. She announced her bid to run against President Donald Trump in February.

Trump is also a critic of Google and other tech companies. He laid into CEO Sundar Pichai in August after a company insider claimed at the time that the tech giant is preparing to foil the president’s reelection bid.