Google Engineer Says He Was Bullied, Fired For Conservative Views 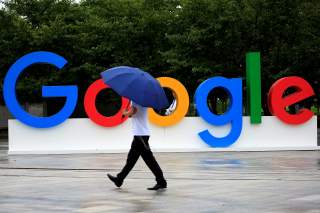 A former Google engineer went public Thursday with allegations that the tech giant discriminates against employees with conservative political views.

Kevin Cernekee, who worked on Google‘s laptop products, says he was called ‘insubordinate,’ bullied and eventually fired for his conservative views, according to an article in the Wall Street Journal.

Cernekee, 41, says the treatment began shortly after he started at the search firm’s Mountain View, California, headquarters in 2015, after he engaged in political discussions on the company’s internal message board.

Almost immediately, Cernekee was formally warned by human resources about his “disrespectful” and “insubordinate” conduct. One senior manager publicly declared he would not work with Cernekee because of his views.

“Historically, there’s been a lot of bullying at Google. There’s a big political angle, and they treat the two sides very differently,” Cernekee told the Journal.

In another instance, a manager publicly inquired on the company’s message board in 2017 whether Google could terminate employees with political views like Cernekee. “Can’t we just fire the poisonous assholes already?”

Cernekee, who has never spoken publicly about his Google experience, said the harassment was constant until he was fired in June 2018.

In his termination letter, management said Cernekee was being let go because he had misused Google’s remote access software. Cernekee maintains he was fired because of his conservative political views.

A Google spokesperson told the Daily Caller News Foundation that Cernekee was fired because he violated company policies, including using his remote access to download tens of thousands of confidential documents.

“We enforce our workplace policies without regard to political viewpoint. Lively debate is a hallmark of Google’s workplace culture; harassment, discrimination, and the unauthorized access and theft of confidential company information is not,” the spokesperson said.

Google also said it has recently deployed community guidelines regarding their internal employee message board to cope with the “degeneration of the discourse.”

Cernekee, who says he has spent over $100,000 on legal fees, did not receive a severance package from Google. He is currently employed by a technology company.

“I figured it would be a good place to see intelligent arguments through. It didn’t really turn out how I expected,” he added.