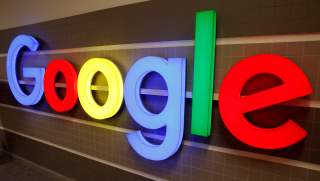 Google is helping China's People's Liberation Army, the chairman of the Joint Chiefs of Staff has told Congress on Thursday.

"Frankly, 'indirect' may be not be a full characterization of the way it really is," Dunford continued. "It's more of a direct benefit to the Chinese military."

"I have a hard time with companies that are working very hard to engage in the market inside of China, and engaging in projects where intellectual property is shared with the Chinese, which is synonymous with sharing it with the Chinese military, and then don't want to work for the U.S. military," Dunford said on Nov. 17 at the Halifax International Security Forum in Canada.

On Thursday, Shanahan told Sen. Josh Hawley (R-Mo.) that $5 trillion of the Chinese economy comes from state-owned business, which share their technology with the People's Liberation Army.

"The fusion of commercial business with military is significant," Shanahan said. "The technology that is developed in the civil world transfers to the military world – it's a direct pipeline. Not only is there a transfer, there is also systemic theft of U.S. technology that facilitates even faster development of emerging technology."

In June 2018, Google CEO Sundar Pichai said his company is "not developing AI for use in weapons."

Yet China expert Patrick Cronin said the U.S. government is only beginning to understand China's military-industrial complex and how the People's Liberation Army accesses information.

Cronin noted that is hard to believe Chinese Premier Li Keqiang, who recently claimed China would never ask Chinese businesses to transfer information to the government, thus putting the economic benefits to foreigners above China's own national security interests.

"In fact, Beijing's forceful detention of more than a million Uighurs and other Chinese based on their ethnic and religious identity suggests it is always CCP first, other considerations last," he said.