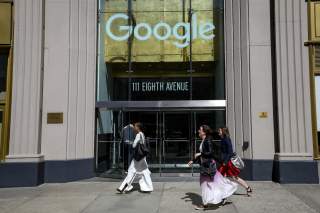 The company asked Texas Attorney General Ken Paxton for all records related to the antitrust investigation leveled against Google, according to the report, which was based on public requests CNN made. Google’s public record requests sought interactions with AT&T, among other giant companies.

The company also asked for interactions Paxton’s office had with companies like Yelp and Oracle, CNN reported.

“Google’s legal team is notoriously pugnacious, but this is a new low,” Luther Lowe, Yelp’s VP of public policy and government affairs, said in a statement. Google is trying to intimidate “potential cooperating witnesses using a perverse weaponization of sunshine laws,” he added.

The company also wants a list of people Paxton recruited to aid his probe, CNN reported. The company requested information on Roger Alford, a former Department of Justice official, and Eugene Burrus, a former Microsoft lawyer.

Paxton is one of roughly 48 attorneys general to announce in September a bipartisan antitrust probe targeting Google and its potential to stifle market competition. The probe came days after New York Attorney General Letitia James with eight other AGs opened a similar probe into Facebook.

U.S. Attorney General William Barr also announced a Justice Department probe into Google in June, making it the first such investigation since the Federal Trade Commission closed its probe into the massive company in 2013 without leveling any penalties.

Paxton’s office and Google have not yet responded to the Daily Caller News Foundation’s requests for comment.