Graham Condemns Impeachment Inquiry: ‘You Would Be Beating the S**t Out Of Us’ 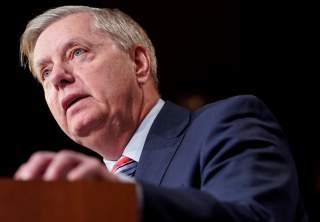 Graham criticized the way that the impeachment inquiry has gone thus far, noting the closed-door nature of the inquiry. He also added, “If we [Republicans] were doing this, you would be beating the shit out of all of us.”

“The purpose of the resolution is to let the House know that the process you’re engaging in regarding the attempted impeachment of President Trump is out-of-bounds, inconsistent with due process as we know it,” Graham said Thursday. “It’s a substantial deviation from what the house has done in the past regarding impeachment of other presidents.”

“I think it’s dangerous to the president,” Graham added, saying that Trump should be given the rights that other presidents were given.

Graham also compared the impeachment proceedings to those of former President Bill Clinton’s impeachment, saying that Democrats would be outraged if Republicans had acted the way Democrats currently behave throughout the inquiry.