The Great Storyteller: How Trump Continues to Win Over 'Lost' Americans 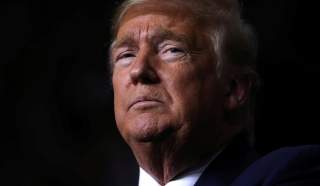 After Donald Trump caused a debacle at a recent NATO summit and started a trade war between the United States and most of its partners, one would imagine he would be highly unpopular.

Yet 87 per cent of Republicans continue to approve of the U.S. president.

The enduring support from most of Trump’s voters is surprising given the president’s many eyebrow-raising statements. He accuses legitimate media of producing “fake news” while relaying dubious information himself. He undermines the authority of the media and scientific institutions that have traditionally brokered knowledge. His communication style is indifferent to the truth.

We suggest that Trump remains popular because he is a storyteller, and that stories do not have the same relationship to the truth as other statements. People accept stories even when they contain factual errors because they resonate with their own experiences and provide them with an active role in their own narratives.

In the early 1980s, Walter Fisher, a communications professor at the University of Southern California, pioneered the “narrative turn” in the social sciences. He defined human beings as “homo narrans” and as “symbol-using animals.”

Fisher considered human communication to be an exchange of stories. Through these stories, we comprehend the world beyond the accuracy of the statements that compose them. Stories allow us to constitute coherent links between events. We then evaluate those links based on our understanding of the world. In other words, Trump — like other populists — tells stories that allow his supporters to understand the world by connecting it to their knowledge, experiences and identities.

According to Fisher, a story appears coherent if its sequence of actions is well-constructed and if the relationships between the characters are logical. That, in fact, is the first criterion: Narrative coherence.

A good story will include, for instance, protagonists gathered to complete a quest. They may seek a material object — money or a loved one — or immaterial ones, like happiness or justice. Some characters — the hero and their allies — help each other to accomplish the quest. Others — their opponents — are also in pursuit of the same objects.

We accept a story as plausible if it resonates with our view of the world. This is the criterion of narrative fidelity. The reader or listener may feel disconcerted when a story does not correspond to their own experience or what they hold to be true.

Fiction may allow for a greater lack of plausibility than other genres, but in all cases, some plausibility exists.

The stories told by politicians, however, should be more truthful about the world. But those narratives do not always refer to the actual world — as science does — but to the world as we already understand it.

Therefore, the tales that popular candidates and elected officials tell must resonate with their supporters’ beliefs and conception of the world. That is why different groups regard Trump’s stories differently. For a portion of the population, the facts presented by experts — as conveyed through fact-checking, erudite editorials and statistics — are not as coherent and do not echo their lived reality.

The best examples of Trump’s use of narrative are his promise to build a wall to prevent the entry of “illegal” Mexicans, and his move to suspend the immigration of people from Muslim-majority countries. The narratives fuelling these actions, although largely discredited, resonated with perceptions already well-embedded in the American imagination about jobs being “stolen” by Mexicans or terrorist acts being committed by Muslims.

These two narratives meet both of Fisher’s criteria.

First, they are coherent, as the protagonists play their roles consistently, claiming Mexicans and Muslims are the “bad guys” who rob Americans of good jobs and security. Second, they are plausible, since they reflect the concerns of many Americans who are struggling with unemployment and perceived insecurity, not to mention their fear of outsiders.

Trump makes sense to those ‘left behind’

Left behind following the globalization of the manufacturing sector and unable to adapt because of a feeble education system, some Americans find themselves living in a world they don’t understand anymore. They feel powerless. Trump’s narratives make them feel great again.

As German philosopher Friedrich Nietzsche explained, the will to hold power often manifests itself not as a desire to understand the world, but rather as the desire to change it so that it corresponds to one’s current understanding.

Similarly, rather than propose that Americans adjust their knowledge to reflect the new social and economic reality of their country, Trump offers them performative politics: He will change the world so that it matches their knowledge.

He gives them back, so to speak, their power, by offering them a place in the stories from which they were left out.