Is the Great U.S. Gun Sales Boom Over? 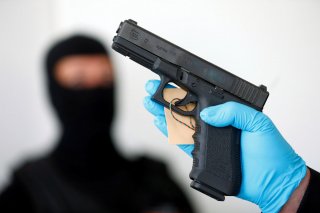 As has often been said, “all good things must come to an end” and for the firearms industry that was the surge in gun sales as February saw a 32 percent drop from the previous month. Yet, to call to mind another proverb, “every cloud has a silver lining,” and in this case it is that February 2021 may have still seen a ten percent year-over-year increase in gun sales according, to data from Small Arms Analytics & Forecasting (SAAF).

“While the February 2021 number of nearly 1.5 million firearms sold is large, nonetheless it is smaller than for February 2013 (1.7 million) and February 2016 (1.6 million) even as the Biden administration formally announced last month that it would start reconsidering federal firearms-related legislation," said SAAF chief economist Jurgen Brauer said in a statement. "Handguns continue to outsell long-guns, in February by a ratio of about 1.6-to-1.”

The FBI reported 3.44 million background checks for all gun buys in February, while still down from the record 4.31 million in January, it is the seventh-largest monthly tally since the FBI began to conduct the checks beginning in 1998.

A number of factors need to be considered. First, much of the country was hit with record cold and snow, which limited the ability for consumers to get out and shop during the year's shortest month. Texas, a state that has seen steady firearms sale, was especially hard hit with much of the state suffering a blackout that lasted for days.

“Background checks for gun sales in Texas alone were 13 percent below last February,” Mark Oliva, NSSF’s public affairs director, told Guns.com. “February’s background check figures too may have been affected by the Arctic weather that blanketed much of the nation in February.”

Oliva added that firearm retailers across the country continue to have low inventory, which suggests that demand isn't waning—at least not yet. Lower inventory would certainly result in lower sales, and to have a record month like January it is simply hard to keep up with the demand.

SAAF’s Brauer told Forbes that the strong sales could be coming to an end and “a slow-down might be on the horizon due to saturation.”

Firearm sales have been strong since last March when much of the country faced “stay-at-home” orders brought on by the coronavirus pandemic and only increased following the violent protests last summer that began after Minneapolis police killed George Floyd in May. While saturation may be a factor that slows sales, it is unlikely to dip as the Biden administration has clamored for more restrictions on gun sales and that could bring out the buyers.

“It’s not lost on the firearm industry that after a year of record-setting figures for gun sales, Democrats favoring gun control in both chambers of Congress are ignoring the will of their voters and introducing legislation to limit the rights of law-abiding citizens instead of concentrating efforts to reduce crime,” added Oliva. “It is staggering the tone-deaf response by politicians to attempt to curb gun owners’ rights and ignore criminals that break the law.”