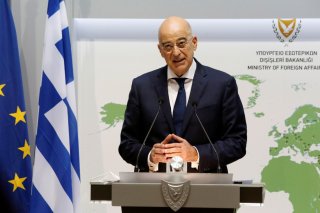 The government of Greece wrote to leaders within the United Nations, NATO, and the European Union on Wednesday, asking them to condemn “inflammatory” remarks by Turkish president Recep Tayyip Erdogan. Greece also warned that a military conflict between the two nations was not inconceivable.

Greek foreign minister Mikos Dendias, who penned the letter, claimed that Turkish officials’ behavior was part of a pattern of repeated provocations from Ankara and required condemnation from the international community. “By not doing so in time or by underestimating the seriousness of the matter, we risk witnessing again a situation similar to that currently unfolding [on] some other part of our continent,” Dendias wrote, referring to Russia’s ongoing invasion of Ukraine. “This is something none of us would really wish to see.”

Dendias referred negatively to Erdogan’s claim earlier in the week that several Greek islands in the Aegean Sea had been illegally “occupied” by Athens, as well as his threat to “come all of a sudden one night” to expel Greek forces and take the islands.

“The Turkish leadership has apparently chosen to present future aggression as already prepared and, more importantly, as a justified action,” the foreign minister wrote. “Unless seen in its true dimensions and properly dealt with by the international community, this  Turkish attitude risks destabilizing our wider region and causing consequences of which the gravity is hard to assess.”

Dendias’ letter comes one day after a similar letter to the international community from Turkey, in which Ankara claimed that Greece was acting aggressively against Turkish aircraft in the disputed areas of the Aegean Sea.

In that letter, Turkish officials claimed that Greece had occupied several of the islands in the eastern Aegean with a military presence, violating an existing treaty in which the easternmost islands were designated as a demilitarized zone. Ankara also claimed that Greek soldiers had targeted Turkish planes with their S-300 ground-to-air missile systems, locking onto the planes but not firing any missiles. Greek officials have denied that the incident took place.

Although Turkey and Greece have both been members of NATO since 1952, the two countries share several political and territorial disputes dating back to Turkey’s modern independence in 1923. In recent years, Greece has maintained that its possession of nearly all the islands in the Aegean Sea grants it control over the airspace throughout the sea. Turkey has refused to recognize this claim. Athens has also expressed frustrations over Ankara’s alleged unwillingness to prevent Middle Eastern migrants from entering Greece. The two countries have come close to war at least three times in the last fifty years, but international mediation from the United States and the two nations’ other Western allies has repeatedly cooled any escalating tensions.