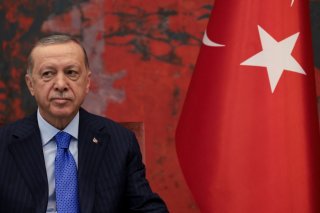 Ships from the Greek coast guard opened fire on a “suspicious” cargo vessel in the Aegean Sea, increasing tensions between Greece and Turkey as the two powers trade rhetorical blows over an ongoing territorial dispute.

The shooting occurred on Saturday in international waters eleven miles southwest of the Turkish island of Bozcaada, according to a statement issued by the Turkish coast guard. The statement described the fire as a “harassment fire,” and did not result in any deaths or injuries. However, video footage from the incident later showed several bullet holes in the ship’s windows. After the shooting took place, two Turkish vessels were dispatched to the area, prompting the Greek coast guard vessels to leave.

The Greek coast guard also issued a statement in which it acknowledged firing “warning shots” at a ship that had been “moving suspiciously”—possibly meaning that the officers believed the vessel was being used to smuggle migrants into Europe—but claimed that the incident had happened in Greek territorial waters off the island of Lesbos.

The Greek statement claimed that the ship was then escorted back to Turkish waters and indicated that its officers had informed their Turkish counterparts about the incident. A Turkish prosecutor indicated in the aftermath of the incident that the Turkish government would open an investigation into the event. Ankara has also lodged an official protest with the Greek embassy.

Although Turkey and Greece are nominally allies through their mutual membership in NATO, the two countries have maintained ongoing political and territorial disputes, particularly concerning the status of the eastern Aegean Sea. In recent weeks, Turkey has claimed that Greek air defenses on several Aegean islands purposefully targeted Turkish fighter jets with S-300 missiles, locking their radars onto the planes but not firing the missiles. Greece denied the incident, but Turkish President Recep Tayyip Erdogan warned that Athens would pay a “heavy price” if tensions continued. Turkish officials have also accused Greece of “occupying” several of the islands in the eastern Aegean with military installations, violating an earlier commitment to demilitarize them, and condemned Athens’ expansive definition of its airspace in the Aegean.

Greek officials, including Prime Minister Kyriakos Mitsotakis, have emphasized the need for dialogue and insisted that military conflict is not an option to resolve the ongoing crisis.

“I consider recent statements by the Turkish president unacceptable,” Mitsotakis said over the weekend, referring to Erdogan’s earlier remarks. “However, we will try to keep communication channels open.”

The Greek leader added that he might seek to meet Erdogan at an upcoming European Union summit in early October.