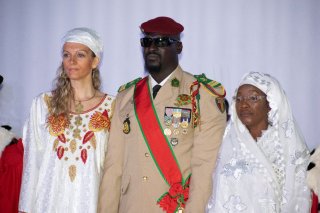 Colonel Mamady Doumbouya, who seized power in Guinea in a military coup on September 5, has announced the firing of forty-two generals and two admirals in the nation’s armed forces, a move widely perceived as a purge of the country’s military leadership.

The Guinean interim government made the announcement on Tuesday evening, listing the officers that would be “required to exercise their right to retirement.”

The officers forced into retirement include General Sekouba Konate, the country’s acting president from December 2009 until December 2010, who ran the country’s transitional government after the 2008 death of President Lansana Conte and the hospitalization of his successor, Captain Moussa Camara.

Konate was succeeded by Alpha Conde, who was overthrown in the September coup after ruling Guinea for a decade. While Conde was elected in a 2010 contest that the international community regarded as free and fair, he gradually angered more Guineans with autocratic actions; the coup was preceded by Conde’s approval of a constitutional amendment that would have eliminated presidential term limits, theoretically allowing him to remain in office forever.

As the amendment was approved, riots in Conakry, Guinea’s capital, left dozens of Guineans dead, catalyzing popular anger against Conde and creating some measure of popular support for the coup d’etat.

Conde, now aged 83, is currently under house arrest, and the ruling junta has ignored international appeals to release him.

Other officials on Doumbouya’s retirement list include the former chief of staff of the army, as well as the senior commander of Guinea’s gendarmerie military police.

Doumbouya, a colonel in Guinea’s special forces with service in Afghanistan, Somalia, and Central Africa, was sworn in as the country’s interim president on October 1, defying international condemnation of the coup. In addition to Guinea’s existing problems, Doumbouya must confront the country’s diplomatic isolation, as well as sanctions placed on it by the African Union and Economic Coalition of West African States.

Doumbouya has pledged to return Guinea to civilian rule after a transition period and provided a rough roadmap for how it would occur, although he has conspicuously avoided detailing the length of that transition period.