This Gun Can Turn You (Or Anyone) Into a Super Sniper 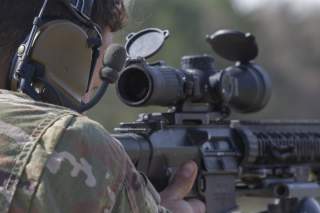 TrackingPoint rifles include what are known as a ballistic computers.