A Hardline Taliban Cabinet Will Send Afghanistan Back to the Future 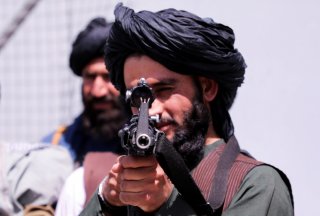 After sweeping to power in Afghanistan on August 15, the Taliban announced its thirty-three-member interim cabinet on September 7 dominated by the group’s loyalists. The head of the Taliban’s Rahbari Shura, or the leadership council, Mullah Muhammad Hassan Akhund, has been named as the acting prime minister. At the same time, Taliban chief Haibatullah Akhundzada will be Afghanistan’s supreme leader.

The thirty-three-member Taliban provisional cabinet includes thirty-one Pashtuns, only two Tajiks, and one Uzbek. Women and the Hazara Shia community have been given no representation. In fact, the Ministry of Women’s Affairs has been abolished. The interim Afghan cabinet is not just Taliban-exclusive and all-male but also Pashtun-centric. So, what delayed the formation of the acting cabinet and what does a hardline Taliban cabinet signify?

The Taliban’s announcement of a hardline cabinet underscores the restoration of its emirate in defiance of the international community’s expectations of an inclusive government. Critics call it the “victor’s” cabinet. Internal differences between the Taliban’s Haqqani Network and the Kandahar faction, the Taliban’s traditional power base, over the division of power delayed the government’s formation. The Haqqanis wanted an outsize share in the power pie for being insurgency’s most effective and sacrificing faction.

At the same time, the Kandhari group claimed the largest power share for being the most dominant faction. Most of the Taliban fighters and leaders hail from the Kandahar faction. To bridge these differences, the Taliban have concentrated power within the Taliban movement and the Pashtun tribes. Also, the Taliban’s old guard has been accommodated in the interim setup alongside the new generation. So, the Taliban’s emphasis is clearly on forging unity in the ranks and maintaining organizational coherence.

Furthermore, the opposition from the Taliban’s hardliner factions and the Islamic State of Khorasan Province’s (ISKP) anti-Taliban propaganda compelled the Taliban to restore its new emirate. The hardline Taliban factions questioned the logic of waging the twenty-year-long insurgency if they had to share power with non-Taliban groups. These factions believe they have won the war and it is their exclusive right to form the government as they see fit.

For its part, ISKP has been criticizing the Taliban for entering an agreement with the United States to regain power and being soft on the Hazara Shia community, which it considers as “apostates.” Through its anti-Taliban propaganda, ISKP has positioned itself to attract the Taliban’s disenfranchised elements to its ranks. To avoid internal fissures and losing hardliners to ISKP, the Taliban has stuck to its foundational core, i.e., restoring the emirate and keeping the power base within the Pashtun tribes. For the time being, accommodating the hardline faction will afford the Taliban some space to paper over its internal differences and check the ISKP threat.

The U.S. withdrawal from Afghanistan, which was completed on August 31, also delayed the announcement of the Taliban’s interim cabinet. The Taliban proclaimed victory and Afghanistan’s independence from the foreign occupation when the last U.S. plane took off from Kabul’s Hamid Karzai International Airport.

Likewise, the emergence of the National Resistance Front in the Panjshir Valley under former Afghan vice president Amrullah Saleh and Ahmed Massoud, son of the late legendary Afghan commander Ahmed Shah Massoud, also delayed the government’s formation. The Taliban wanted to secure complete territorial control of Afghanistan before announcing its caretaker government. During the 1990s, the Taliban struggled to control the Panjshir Valley even at the peak of its power. Later, Panjshir emerged as the epicenter of anti-Taliban resistance in Afghanistan. Keeping this in view, the Taliban saw establishing control over all of Afghanistan as more important than rushing to form a government.

The announcement of a hardline cabinet has strengthened the impression that today’s Taliban is the same as the group was in the 1990s. It seems that the Taliban is still beholden to the group’s internal dictates and demands. The Taliban’s decision to give precedence to its group interests over the interests of the Afghan people shows that the group still thinks and acts like an insurgency instead of a government. Arguably, the Taliban’s organizational unity, which signified the insurgency’s strength and resilience, is turning out to be its Achilles heel during the post-insurgency phase.

The Taliban is learning the hard way that running a successful insurgency is easier than governing an ethnically heterogeneous and politically complex country like Afghanistan. The Taliban’s provisional cabinet is confronted with a plethora of immediate governance challenges from the brewing humanitarian crisis and an economic downturn to the Covid-19 pandemic amid critical medicine shortages. Afghanistan in 2021 is qualitatively different from the country that the Taliban ruthlessly ruled from 1996 to 2001. In the last two decades, Afghans have been exposed to modernity, democracy, formal education, and professional careers. It will be difficult for the Taliban to run Afghanistan in 2021 with the 1996 playbook.

Concerningly, at least fourteen of the Taliban’s thirty-three acting cabinet members are still on the UN Security Council’s sanction list. Their inclusion in the interim cabinet will fuel the international community’s reservations about the Taliban’s counterterrorism commitments under the Doha Agreement. While Western governments will continue to work with the Taliban, it seems unlikely that they will recognize its regime.

Forming an interim government was an opportunity for the Taliban to further demonstrate that it has evolved and matured politically in the last two decades—as it claimed in its public relations-savvy social media campaign. The group could have mended fences with the international community alongside allaying the fears of Afghanistan’s ethnic communities by installing an inclusive and broad-based interim government.

Instead, the Taliban has repeated the mistake committed during the Bonn Conference in 2001, when the U.S.-installed political order kept the Taliban out of power. Likewise, the Taliban’s decision to exclude other ethnic and political factions from the government is a blunder of similar proportions. The last forty years of conflict in Afghanistan underscores that no group alone can claim a monopoly over political power or effectively manage the country. The concentration of power and centralized governance is a recipe for further instability and chaos.