Havoc: How the F-35 Would Fight and Defeat North Korea 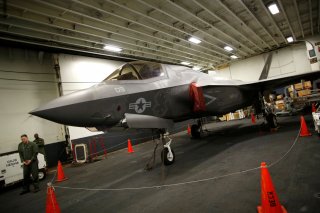 Key point: Here are the many ways the F-35 could serve, from decapitation strikes to taking out enemy fighters. Clearly, North Korea is no match.