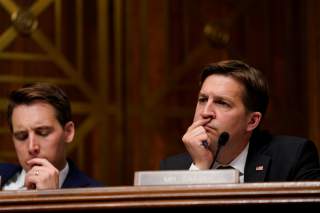 The bill would allow social media users to transfer data across other platforms, require social media giant services to be “interoperable” with competitors and provide users with a third-party service that would manage privacy settings, according to the press release from Hawley’s office.

“Your data is your property. Period. Consumers should have the flexibility to choose new online platforms without artificial barriers to entry. This bill creates long-overdue requirements that will boost competition and give consumers the power to move their data from one service to another,” Hawley, a big tech adversary, said in a statement.

Consumers shouldn’t have to beg Big Tech to be able to take their data with them when they switch services or platforms. Proud to partner w @MarkWarner @SenBlumenthal on this effort for more freedom for consumers, more competition for Big Tech https://t.co/Fkl7PO8IXM

Warner, a former tech entrepreneur and venture capitalist, said tech giants today are so dominant that they limit options for social media users and noted that users forfeit control over their own data in order to use such platforms.

“By making it easier for social media users to easily move their data or to continue to communicate with their friends after switching platforms, startups will be able to compete on equal terms with the biggest social media companies,” Warner said in a statement.

“And empowering trusted custodial companies to step in on behalf of users to better manage their accounts across different platforms will help balance the playing field between consumers and companies,” he continued.

Blumenthal said the ACCESS Act will “empower” consumers to use their data across various platforms and services that “respect their rights.”

“The exclusive dominance of Facebook and Google have crowded out the meaningful competition that is needed to protect online privacy and promote technological innovation. As we learned in the Microsoft antitrust case, interoperability and portability are powerful tools to restrain anti-competitive behaviors and promote innovative new companies,” Blumenthal said in a statement.

The ACCESS Act is vital because Facebook&other tech giants profit from your data&use it to block competition. Your data belongs to you. This measure from @MarkWarner, @HawleyMO&I would empower people to stand up to Big Tech&move their data to platforms that respect their rights. https://t.co/Q6TXfsB848

The act appears to be something of a compromise between Hawley and Facebook founder Mark Zuckerberg after Hawley sent a letter to the social media CEO in May demanding stronger privacy protections for Facebook users.

The senator also called on Zuckerberg to sell his Instagram and WhatsApp properties during the Facebook founder’s September meeting with President Donald Trump to prove his loyalty to user data privacy, The Associated Press reported on Sept. 19.

Zuckerberg said he “did not think that” Hawley’s suggestion was a good idea,” according to the AP.