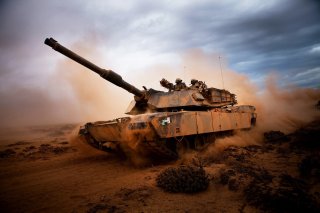 The new head of U.S. Africa Command, Marine Corps Gen. Michael Langley, made his very first trip to the African continent since he assumed the command. The trip included visits to both Morocco and Tunisia.

“Our partnerships in North Africa help support regional security, and maritime security in the waters off NATO’s southern flank,” Langley said in a Marine Corps statement covering the visit. “We’re grateful for our strong partnerships here, and look forward to continued cooperation that helps strengthen peace, security and prosperity in the region for years to come.”

The event was significant not only as Langley’s first visit to Africa, but also because it was the eightieth anniversary of Operation Torch.

“At a visit to the Royal Moroccan Armed Forces headquarters, Langley had an Honor Guard Pass and Review before holding meetings with the Inspector General of the Moroccan Armed Forces and Commander of Southern Zone, General Belkhir El Farouk; and Inspectors General of the Royal Moroccan Air Force and Navy, General de Division Alaoui Bouhamid and Vice-Admiral Mostafa El Amai, among others,” the Marine Corps statement explained.

“While at the headquarters,” it added, General Langley “visited the Directorate of Military History in commemoration of the 80th anniversary of Operation Torch, the Allied invasion of Vichy French North Africa during World War II.”

“In Tunisia, Langley and U.S. Embassy Chargée d'Affaires Natasha Franceschi met with the Tunisian Minister of National Defense Imed Memmiche to underscore the importance of the U.S.-Tunisia longstanding military partnership and participated in a roundtable with Tunisian Service Chiefs. Langley also laid a wreath at the North Africa American Cemetery and Memorial in Carthage, Tunisia, the final resting place for 2,841 American soldiers who served during World War II,” the statement continued.

"It was an honor and privilege to be a part of the wreath laying at the North Africa American Cemetery in Tunisia," U.S. Marine Corps Sgt. Maj. Richard Thresher said. "It is humbling to stand amongst the 2,841 American heroes buried here and even more humanizing to see the names of 3,724 Americans missing in action. Without their dedication and ultimate sacrifice in this critical area, the world could look much different. We must never forget!"

Far afield from the North African battlefields, the flames of war are again alight in Europe. The Russian invasion is still ongoing, eight decades after the most significant war the world has ever seen ended. And while the conflict in Ukraine is unlikely to spiral out of control into a worldwide conflagration, the specter of destruction in Europe is troubling.