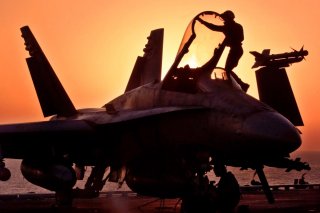 “Reckless,” “dangerous” and “disastrous” were all words used by Republican Senators to describe the Biden administration’s 2022 defense budget, at a media event that focused on what critics believe is an urgent national security problem.

Senate Armed Services Committee Republicans said the United States is in grave danger of being outpaced by Chinese military growth. The Navy will have nowhere near enough ships to compete with China and the Army budget was reduced by $3 billion dollars at a time when overall federal spending across federal entities is going up substantially.

“Every other part of the federal agency budget increases by an average of 16 percent, DoD is last at 1.6-percent,” Sen. Dan Sullivan (R-Ala), ranking member of the Subcommittee on Readiness, told reporters. “The fingerprints of the far left are all over this budget. Since the end of the Vietnam War, the far Left has really been the anti-military party. The DoD budget is dead last. When you look at where the inflation numbers are, it is actually a cut of almost three percent. Everything else, double digit growth.”

“As we go through this reckless budget that this administration has come up with, let’s look around the world. Is it getting safer?” Scott asked. “Are enemies and adversaries doing more to cause problems? Is China doing less or more? Russia? Iran? Look at what Hamas has done and North Korea has not stopped what they are doing. We have to understand that the world is not getting better. China is not backing down. China increased defense spending seven fold in ten years.”

Scott defended his rationale by referencing the recent uptick in military options, patrols and flight near and over Taiwan, which lend further evidence to the potential seriousness of China’s consistent comments regarding its intention to annex Taiwan.

Several of the lawmakers cited examples of increasing federal spending across other parts of the government, at one point noting that the current Biden administration budget “doubles” that of the IRS.

“The most important thing that is happening in America today, is what is happening to the military under this administration,” Sen. James Inhofe (R-Okla), the ranking member of the Senate Armed Services Committee, told reporters. “Every other part of the budget is growing between 16 and 20 percent.”