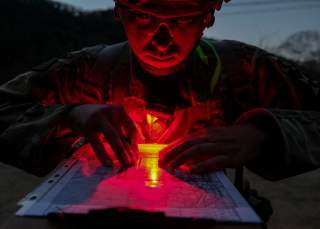 Last December, the U.S. Army published the latest version of its concept for competing with Russia and China. The U.S. Army in Multi-Domain Operations 2028 (MDO 2028) is intended to guide the Service’s thinking on organizational change, future combat operations and modernization priorities. The goal is to create a force that can prevail in a future conflict involving great power militaries equipped with advanced capabilities across all conflict domains. While acknowledging that MDO 2028 is a step in the evolution of the Army, it is an important departure for a Service that has been almost singularly focused on counter-insurgency warfare in an environment where the U.S. military owned the skies, held an overwhelming advantage in long-range fires, operated the only armored forces and had unimpeded communications.

Today and into the near future, the Army must contend with potential great power adversaries that will have local quantitative superiority. Most significantly, these adversaries have built, and are continually modernizing, an intricate and multi-layered system of offensive and defensive standoff capabilities. These systems, generally described as anti-access/area denial (A2/AD), are intended to dominate combat in nearby theaters while protecting their homelands and forces from attack. For the U.S military, these A2/AD capabilities pose a unique challenge. The Army Chief of Staff, General Mark Milley, framed the challenge that MDO 2028 is intended to address in the most straightforward and easy-to-understand way: “The military problem we face is defeating multiple layers of standoff in all domains in order to maintain the coherence of our operations.”

This formulation is remarkably similar in its directness and simplicity to that which animated AirLand Battle, the legendary Army concept for addressing the Soviet conventional threat in Europe in the 1970s and 1980s. Then, the challenge was multiple echelons of Soviet ground forces intended to crash into NATO defenses, wave upon wave, until they collapsed. AirLand Battle was intended to coordinate operations by the Army and Air Force to disrupt the Soviets' ability to structure its attack to grind down NATO's defenses. The new concept also reinforced the drive to develop new capabilities, specifically the so-called Big Five modernization programs that have been the heart of the Army’s conventional overmatch for more than thirty years.

MDO 2028 is intended to have some of the same effects as AirLand Battle. According to Lieutenant General Eric Wesley, the commander of the Army’s Futures and Concepts Center (AFCC), a major subordinate organization under the new Army Futures Command, the situation today is similar to that in the early 1970s when AirLand Battle was developed. Now, like then, the Army and the Joint Force need to figure out a way to disintegrate great power adversaries’ layered capabilities, both offensive and defensive.

MDO 2028 is a broader and more sophisticated concept than AirLand Battle. It recognizes that the U.S. and its allies are in an ongoing struggle with their great power adversaries in peacetime to set the conditions that will either maintain deterrence or lead to war. It also embraces the reality that future great power conflicts will involve simultaneous operations in multiple domains, including space and the electromagnetic spectrum.

There is a logical connection between the concept of operations in MDO 2028 and the Army’s six modernization priorities. In order to disintegrate a layered standoff system, the Army needs longer-range fires, faster and more agile air platforms, more lethal and maneuverable combat vehicles, a resilient communications system and better air and missile defenses.

One of the primary weaknesses of MDO 2028 is the lack of any reference to the plans and capabilities of the other Services. This is odd considering that a central tenet of the new concept is the need for convergence in the Joint Force. Convergence is defined as the rapid and continuous integration of all the Joint Force’s capabilities in all domains.

In some instances, the way another Service will operate and the capabilities it can provide the Joint Force could have a significant impact on Army plans and operations. One example is Air Force and Navy fifth-generation aircraft, notably the F-22 and F-35, but relatively soon the B-21 bomber. These platforms are specifically designed to address General Milley’s defining military problem, disintegrating an adversary’s standoff capabilities, through the use of stealth, electronic warfare and kinetic attack. The F-35 also will serve as an important sensor node for any shooter, including the Army’s long-range precision fires.

Another example with very different implications is sealift. MDO 2028 speaks of a calibrated force posture, with some Army formations forward but most needing to be transported from bases in the continental United States to the theater of operations and then sustained once deployed.  The state of U.S. sealift is so dire as to constitute a national emergency. As my colleague, Loren Thomson wrote recently in Forbes, “It is no exaggeration to say that the security of vital U.S. interests might be compromised because U.S. forces lacked a way of getting to a fight in time.” The U.S. needs to fund a massive shipbuilding effort if it wishes to remain a global military power. Ironically, the Army’s most significant modernization program may belong to another Service, the Navy, and the U.S Maritime Administration, part of the Department of Transportation.

Yes, I recognize that an Army document cannot speak for the other Services. But if a central point to the MDO 2028 concept is the need to converge the actions of the Joint Force across the Services and domains, then it would make sense for AFCC to recognize critical contributions by the other Services to the common fight as well as major capability gaps.

In recent decades, the Army has had a series of failed modernization programs and doctrinal revisions that fell afoul of the tides of history. MDO 2028 suggests that the Army is on the right track to prepare for conflict in the 21st Century.