Here's How The Battle Of Midway Crushed The Japanese Empire 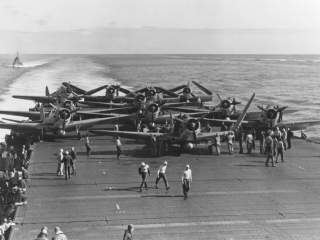 And lastly, Spruance had an acute sense of when he had fulfilled his duty and risked pushing his luck too far. Having pummeled the Kidō Butai, he declined to launch additional attacks on the powerful IJN battleship and cruiser forces still lurking on the high seas. He had abided by the principle of calculated risk and done the enemy far more harm than his force had been done. Accordingly, the U.S. task forces retired to fight another day. Similarly, two years later, having been assigned to protect U.S. amphibious forces lumbering toward the Philippine Islands, Spruance again did the Japanese grave damage.

And again forbore to risk his fleet further once its mission had been accomplished. He was correct again. In short: like all masterful opportunists, Spruance had a knack for accepting fortune’s favor without getting greedy. Germany’s Iron Chancellor—himself no slouch at courting risk without overdoing it—could only approve in his gruff way.