Here's an Idea: Each Military Branch As A House On ‘Game Of Thrones 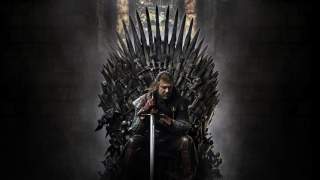 Across the military, service members often squabble over which branch is best, smartest, strongest, dumbest, laziest, fattest, and fittest. It’s a tradition that dates back since the establishment of the branches, with soldiers, sailors, airmen, Marines, and coasties all vying not to be the worst (sorry, Coast Guard, but everyone knows it’s you). But what if we looked at each service branch through a different lens — say one of ice and fire?

If each branch of the military was a house on HBO’s Game of Thrones, what would they be? Task & Purpose has the answers.

House Lannister is the richest and most regal of all the houses, much as the Air Force are referred to as pretty flyboys. The Air Force and the Lannisters have the best combat gear, the finest equipment, and even though everyone likes to shame them, they know they’d never win wars without them. The Lannister sigil is a golden lion and their official motto is "Hear Me Roar,” and we think it’s comparable to the Air Force’s “Aim High ... Fly-Fight-Win.”

Descended from the first men, House Stark is one of the oldest families of Westeros, like the Army is the oldest of all the U.S. military branches. Both are loyal, traditional, noble, and get knocked down a lot but keep fighting anyway. The Army motto is “This we’ll defend,” much like the Starks, who throughout the entire series, continuously attempt to defend their home in Winterfell, their honor, and all of humanity from the wars to come.

A smaller house, known for its fiery passion and skill in warfare, the Targaryens are known historically as conquerors. Though House Targaryen has a history of liking brute force, it’s now under the watchful eye of a leader who is hoping to make it the most elite house in Westeros. Marines and Targaryens alike are prideful, and while they are known to produce legendary leaders like Gen. Jim Mattis and Daenerys respectively, other members can turn out a little crazy... like infantry Marines and the Mad King.

A skilled, strong house, nobody seems to care much about House Martell — no matter how much HBO tries to force it. That’s kind of how the rest of the military views the Coast Guard. That sounds bad, but the coasties and House Martell are actually talented and successful, and they don’t really give a crap what anyone else thinks of them. Though often slighted by everyone else, neither should be underestimated. Just like the Martell House in its motto, the Coast Guard is “unbowed, unbent, unbroken.”

The Greyjoys have the greatest fleet in Westeros, while the U.S. Navy has the greatest fleet in the world. And, like the Greyjoys, they can be pretty salty. Also, as evidenced in the first episode of season seven, the Greyjoys also have a very unique sense of fashion. The Navy does too; you’ve seen the aquaflage. The Greyjoys are incredibly blunt and not afraid to say whatever they’re thinking, but anyone who joins the Navy is in a similar boat (literally). Where do you think “swears like a sailor” come from?