Here's the Reason why Russian Aircraft Keep Dying In Syria 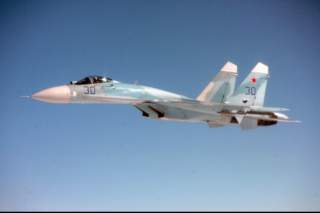