Here's a Way to Lose a War: Challenge the U.S. Army to a Fight 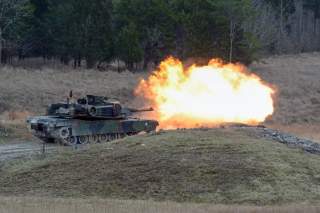 The Army already has a robot test vehicle: an armed, remote-controlled M113 armored personnel carrier, and is vigorously pursuing autonomous trucks that can haul supplies without a driver.