Here's What America Must Learn From South Korea's Coronavirus Fight 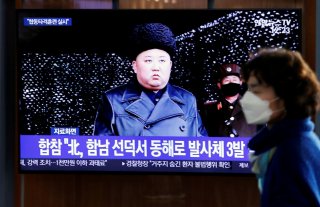 Key point: There is a remarkable social slow-down all around.

Robert E. Kelly is a professor of international relations in the Department of Political Science and Diplomacy at Pusan National University. This article first appeared last month.