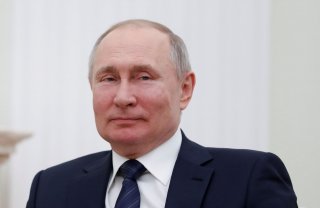 The Kremlin’s efforts to extend President Vladimir Putin’s 20-year presidency will enable Moscow to sustain the policies that have seen Russia reclaim its great power status, while postponing the political and socio-economic instability that could result from transitioning to a new leader. Prolonging Putin’s tenure, however, will introduce greater long-term political challenges as he ages and risks a potential health emergency while in office. But even without such a crisis, postponing a succession until 2036 will still set Russia’s political elite up for having to deal with a transition of power at a time when popular pressures will be mounting over severe economic hardships.

On March 10, Russia’s legislature approved an amendment that would reset the count of presidential terms served prior to the introduction of the new constitution. The change will enable Putin to stand for reelection in the 2024 presidential elections, increasing his ability to serve two additional six-year terms.

The amendments will be offered for approval in a popular vote (which was initially scheduled for April 22, but has since been indefinitely postponed due to COVID-19 lockdown measures). Approval is legally binding and would immediately alter constitutional provisions. But he Kremlin’s tight containment of opposition activity  — and the fact that a referendum is not technically required to approve the amendments despite the veil of popular endorsement it’d provide — mean that the constitutional changes will pass one way or another.

Despite keeping Putin in power for longer, the new constitution will also erect limitations and balances between the different governing bodies of Russia in an effort to reduce the executive power of Putin’s eventual successor. These amendments include a stricter observation of presidential term limits, meaning future Russian presidents will only be able to serve two terms total in their lifetime. They also shift the responsibility for appointing certain cabinet positions — primarily those dealing with Russia’s economy — to the Russian State Duma rather than the presidency, which will maintain the right to appoint security- and foreign policy-related ministries. This separation of responsibilities will force the different branches of government to actively cooperate to access Russia’s resources of power.

What 12 More Years Could Bring

Putin has remained vague about his intentions, though he is widely expected to seek reelection under the new rules. With no clear designated successor, he is likely to seek another term to groom his replacement. If he is unable to find a fitting successor over those four years, there’s a good chance Putin may well run again in 2030.

His likely reelection would foster stability in Russia’s state-led economy, as Moscow focuses on driving domestic growth, diversification and self-sufficiency. Russia’s foreign policy would also continue to revolve around Putin’s goal to reestablish Russia as a great power.

Putin’s age and general health over the next twelve years, however, could risk this strategy. At 67, his focus on physical fitness and apparent robust health has enabled him to reach and likely succeed the average life expectancy for Russian men (which is 68). However, the remaining four years of his current term, combined with the prospect of another twelve years in office, would make him 83 years old at the end of a final term — greatly increasing the risk of a health crisis, or even his death, while in office.

Shifting Russia’s next presidential transition to 2036 risks weakening Kremlin leadership at a time when the country is already expected to face significant economic and demographic crises. By about 2035, Russia will begin experiencing the next significant contraction of the size of its working population, exacerbating the imbalance in social spending and economic potential. Around the same time, Russia’s hydrocarbon production is also expected to have dropped significantly. Russia’s Ministry of Energy is projecting as much as a 40 percent drop in production by 2035, which will severely impact Russia’s government revenue and industrial strength. A succession in 2036 could devolve the centralized authority that Putin has commanded, as well as weaken the consensus and institutional cooperation needed to manage these challenges, by unleashing competition between the country’s different commercial-industrial factions, security organizations and political factions.

What 12 More Years of Putin Means for Russia is republished with the permission of Stratfor Worldview, a geopolitical intelligence and advisory firm.