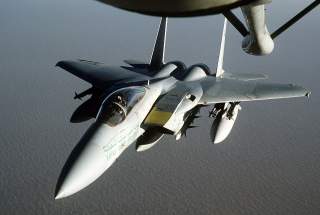 Key Point: The lack of sufficient numbers of F-22 Raptors to replace the Eagle has delayed the fighter’s retirement, and it now trains to complement the F-22 on the battlefield.