Here's Why Russia's Military Loves The AK-12 Rifle So Much 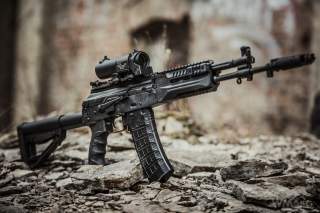