Historic Mistake: Should America Have Brought China Into The WTO? 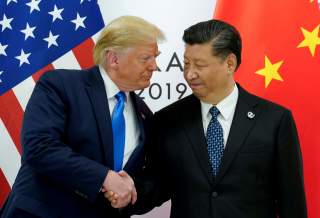 Over on twitter and elsewhere, I often hear vague allegations along the lines of "China cheats on its WTO obligations" (here's something from Senator Tammy Baldwin: “China has refused to play by the international trade rules they agreed to and they should be held accountable”).

There are two aspects to the issue of China's compliance with WTO obligations. First, when governments file WTO complaints against China, how does it respond in general and, more specifically, does it comply with WTO rulings against it? And second, does China comply with its WTO obligations more broadly?

Along with my Cato colleagues Jim Bacchus and Huan Zhu, I tried to answer the first question in a policy paper last year. Now law professor Weihuan Zhou has written an entire book on the subject. Our conclusions are similar: China may not be perfect, but it does a reasonably good job of responding positively to WTO complaints and complying with rulings against it. This conclusion becomes even more apparent when you compare China's behavior to that of other Members, including the United States and the European Union, who have ignored rulings in several WTO cases.

The more difficult question is whether China complies with its WTO obligations more broadly. That's a hard question to answer without the development of facts and the discussion of law that comes about as part of WTO litigation on a particular case. You will see many allegations that China is not complying with the rules as a general matter, but without a detailed elaboration of the particular government actions at issue and the legal obligations that apply, it's hard to evaluate these claims.

If these issues interest you, I encourage you to come to our Cato book forum for Weihuan's book at noon on December 4, where I will be moderating and Jim will be offering comments. You can register here: https://www.cato.org/events/chinas-implementation-rulings-world-trade-organization

We will discuss both of the issues noted above, as well as China's participation in the WTO and U.S.-China trade relations generally. Some additional questions we will try to tackle are: Are the current terms of China's WTO participation "fair"? What changes, if any, need to be made? Are there WTO rules that can be used to bring cases against China, but have been overlooked? What is the best way for the U.S. government to address China's state intervention in its economy? How do the efforts of past administrations compare to those of the Trump administration? What should the next administration do?

This article by Simon Lester first appeared at the Cato Institute.