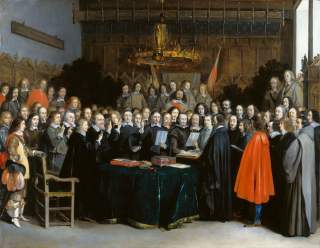 Initially, the treaty was to Portugal’s advantage, as it grew rich off of the trade route between Europe and Asia. However, in the long run, Portugal was edged out of this trade by England and Holland.