Hit List: 5 Killer Sniper Rifles That Can Win a War 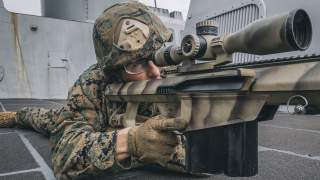