Hitler Turned Nazi Germany Into a War Machine (But Why Only 1 Aircraft Carrier?) 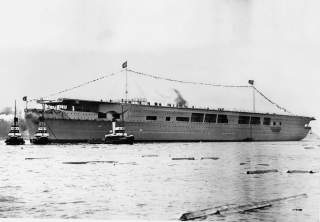 Key Point: It would have been a big deal if it was completed.

Robert Farley, a frequent contributor to TNI, is author of The Battleship Book. This article first appeared earlier this year.