Hitler Was Proud Of Nazi Germany's Best Battleship, But This Warship Is Better 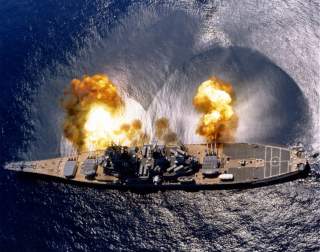 Key point: Had things been different, we might think of America’s initial war against the Axis as taking place in the Atlantic and not the Pacific.

Kyle Mizokami is a defense and national security writer based in San Francisco who has appeared in the Diplomat, Foreign Policy, War is Boring and the Daily Beast. In 2009 he cofounded the defense and security blog Japan Security Watch. You can follow him on Twitter: @KyleMizokami. This first appeared last year.