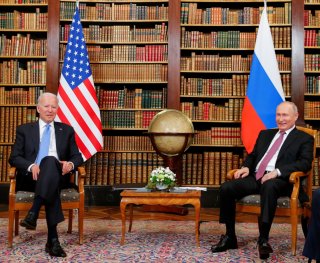 The Russian Foreign Ministry acknowledged that talks are taking place via a channel set up by President Joe Biden and Russian president Vladimir Putin when they met in Geneva in June 2021.

“Instructions were given to authorized structures to carry out negotiations,” Russian Foreign Ministry spokesman Ivan Nechayev said. “They are being conducted by competent authorities.”

Late last month, Secretary of State Antony Blinken claimed that the United States presented a “substantial proposal” to Russia “weeks ago” for Griner and Whelan, two Americans who are classified as “wrongfully detained” by the Biden administration. Media outlets have reported that Washington has offered to exchange convicted Russian arms dealer Viktor Bout for Griner and Whelan. More recently, Moscow tried to add convicted murderer Vadim Krasikov, currently imprisoned in Germany, to the proposed swap.

This past weekend, former New Mexico Gov. Bill Richardson, who described himself as a “catalyst” working on Griner's case, along with other detainees, expressed optimism that the United States and Russia will eventually sign off on a “two-for-two” prisoner exchange that will get the two Americans home.

“My view is optimistic, I think she's gonna be free. There's gonna be a prisoner swap—I think it's gonna be two-for-two. Can't forget about Paul Whelan,” Richardson, a former U.S. ambassador to the United Nations and energy secretary in the Clinton administration, told ABC News’ This Week.

Last week, Griner received a nine-and-a-half-year prison sentence for bringing less than a gram of cannabis oil into Russia. The Houston native, who plays professional basketball for the Phoenix Mercury, was initially detained at Sheremetyevo International Airport on February 17 after the Russian Federal Customs Service claimed to have found vape cartridges containing the marijuana concentrate hashish oil in her luggage.

During her testimony, Griner contended that she did not know how the cannabis oil, for which she had a doctor's prescription, ended up in her bag, explaining that she had packed in haste while under great stress. However, the judge found that Griner had criminal intent and said she was guilty of smuggling and storing illegal drugs. In addition to the jail sentence, she received a 1 million rubles fine, which comes out to about $16,500.

Whelan, a corporate security executive from Michigan, was sentenced to sixteen years in prison on espionage charges in 2020. He and his family have long asserted his innocence.