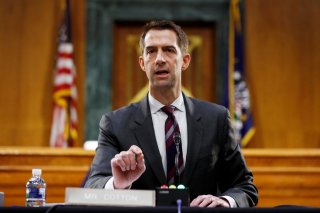 House Republicans proposed legislation that would allow the President to wage war on any group that the State Department designates as a terrorist organization.

The Republican Study Committee, which includes 147 members of Congress, published a new national security strategy promising to push “back against House Democrats’ efforts to limit the President’s war powers” on Wednesday.

The 120-page document proposes a new blanket law authorizing the President to use military force against any group on the Foreign Terrorist Organization list, which is itself written by the President’s own Secretary of State.

The law would replace the two current Authorizations for the Use of Military Force, which were passed in 2001 to fight Al Qaeda and in 2002 to overthrow the government of Iraq.

Such a law could even be used to fight other countries. The Trump administration added part of the Iranian military to the list in April 2019, the first time a national military was designated as a Foreign Terrorist Organization.

The law would limit the President’s war powers to groups that are currently listed as terrorist groups and come with a built-in expiration date.

“The FTO list has never been a war authorization,” Sen. Tim Kaine (D-Va.) said at the time, arguing against the measure. “It’s created by the administration. It adds the names to it.”

Both houses of Congress, including the Republican-controlled Senate, eventually approved a resolution to block the President from waging further military “hostilities” with Iran.

President Donald Trump had ordered the assassination of Iranian spymaster Maj. Gen. Qassim Suleimani, bringing the United States and Iran to the brink of war.

The document also criticized Democrats for opposing arms sales to Saudi Arabia, which is fighting Iranian-backed Houthi rebels in Yemen.

Republicans called for adding the Houthi rebellion to the Foreign Terrorist Organization list.

The document was not entirely focused on the Middle East. It also included proposals to put economic sanctions on China’s top leadership and list Russia as a State Sponsor of Terrorism.

“This package of tough but targeted proposals would impose the toughest sanctions on the Chinese Communist Party, Russia, and Iran in history and reassert Congress’ role in foreign policy,” RSC National Security and Foreign Affairs Task Force head Rep. Joe Wilson (R-S.C.) said in a statement.