How ‘Nearshoring’ Can Revitalize the U.S. Economy 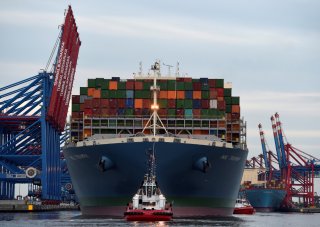 Twenty-three years ago, British sociologist Anthony Giddens published an influential opus titled The Third Way. While the author’s work focused on politics, the “third way” is an apt description of how an increasing number of companies manufacture and source goods today.

Prior to the global pandemic, companies had two main options for sourcing: domestically or offshore. However, with the onset of COVID-19 and the resulting shortages of personal protection equipment—most of it produced in Asia or stateside but with a limited number of suppliers and at high prices—producers needed a “third way.” Enter nearshoring.

By opting for nearshoring, firms may locate all or part of their business operations closer to home or where their products are sold. While nearshoring is not new, per se, the global pandemic has elevated it to a priority for many companies. Nearshoring is most prevalent in traditional industries, including IT, call centers, pharmaceuticals, medical devices, electronics, aerospace, and automotive. More recently, there has been growth, especially in Mexico, in office furniture, plastics, textiles, wire, and cable harnessing.

Clearly, the benefits of nearshoring are considerable. To begin with, it allows for more frequent visits to the manufacturing site; improved control of intellectual property; the ease of operating in a more convenient time zone; quicker transit from manufacturer to the customer; faster speed to market; better quality control; and improved supply chain efficiency. In a recent study of nearshoring, Richard E. Feinberg of the Woodrow Wilson Center ascertained that “some international firms had found that distance was more costly than anticipated: It was harder to monitor facilities, more difficult to build trustworthy relations with suppliers, and more exhausting for executives to fly across so many time zones.”

For the United States, nearshoring means Latin America and the Caribbean, where companies such as Whirlpool, Boeing, Honeywell, Ford, and Medtronic have had production and co-production operations for some time now. Many non-U.S. firms, such as Samsung, Toyota, and Inditex, the Spanish apparel company and parent company of Zara, have also established operations in the Western Hemisphere to locate their production facilities near major consumer markets.

Nearshoring is not perfect by any means. There are plenty of disadvantages, including high expenses (labor, supplies, taxes); a restricted talent pool; training workers for production changeovers; weaker process monitoring; increased security threats; and quality issues. Shortages of American workers—skilled and semi-skilled—and high transportation costs dissuade many companies from returning to the Western Hemisphere. In Asian nations such as China and India, costs can be up to 70 percent lower and lead times significantly shorter.

On the other hand, operating in China is fraught with its own basket of problems, most notably poor intellectual property protection, the increasing cost of labor, and especially favorable treatment by the government for local Chinese companies. Labor costs are also continually rising in Asia. The U.S.-China Business Council report shows that 62 percent of respondents increased wages by 5 percent to 10 percent, while 8 percent increased wages by more than 15 percent. It’s no surprise then that more than ninety leading global companies plan to move out of China by 2023.

Latin America has been and will continue to be the leading regional hotspot for nearshoring. With numerous International Organization for Standardization (ISO) certifications and more rigorous intellectual property laws than Asia, companies have a slew of choices for manufacturing, co-production, and licensing. To name a few: Argentina (the highest levels of education and English proficiency in the region), Puerto Rico (third in the region for the availability of engineers and scientists), and Colombia (number one outsourcing destination overall). Brazil and Chile are also major players in nearshoring.

As for Mexico and Central America, the former is the leading Western Hemisphere nation for nearshoring; in fact, Mattel announced in mid-March it will spend $50 million to expand the company’s largest plant in Mexico, overtaking other hubs in China, Vietnam, and Malaysia. In Central America, Microsoft recently began developing digital access training centers. Moreover, Nespresso will spend $150 million on coffee purchases, price premiums, and technical assistance by 2025 to support the region’s economy. In addition, Mastercard has signed partnership agreements with El Salvador, Guatemala and Honduras to enable one million small businesses to access online payment systems.

The factors that drive companies to offshore to low-cost sites are still valid. But as we have seen recently, factors such as pandemic-related supply chain bottlenecks, trade disputes and political tensions with China, and surging inflation now weigh more heavily in a firm’s sourcing decisions

As trade expert William Reinsch notes: “Localization of supply chains will accelerate. … Companies will do what makes economic sense for them, but world events push them in the direction of shorter and more resilient supply chains.”

Considering these developments, along with the growing capabilities of nearshore providers to meet the operational needs of potential customers, one must conclude that the nearshoring future is a bright one.

Jerry Haar is a business professor at Florida International University, a global fellow of the Woodrow Wilson International Center for Scholars in Washington, D.C., and a working group member of the Council on Competitiveness. He is also a board member of the World Trade Center Miami.