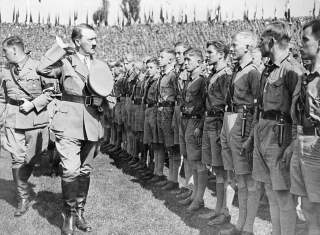 This concludes the list of the top twenty things Nazi Germany could have done differently to win World War II. However, even if they had technically won the war, their victory would have likely have been limited in scope unless they had succeeded in capturing Moscow and pushing the Red Army back to the Archangel-Volga-Astrakhan Line. Even then, Stalin would have eventually counterattacked and pushed the Germans back, making Germany’s victory temporary and prolonging the war considerably longer than it was waged in actual history. The most likely final outcome of a German victory in the war would have been a German-dominated Europe in which German troops had completely withdrawn from Northern, Southern and Western Europe (except for Luxembourg and Alsace-Lorraine). German troops would be present in Eastern Europe to defend against the prospect of renewed Soviet aggression while Poland would be a Polish-led German protectorate. The Soviet Union would have likely been restored to its 1938 borders with Nazi Germany fighting a half-century long Cold War against them. Germany might have succeeded in regaining its African colonies and may have succeeded in adding a few new ones had it pursued other options. Had the Jews been forcibly deported to Palestine as part of a peace agreement with Britain as Hitler had requested in his May 1941 peace offer, the Jewish Holocaust would have largely been averted. Ultimately, a victorious Nazi Germany likely would have been a contented, but contained, regional power, not bent on world domination as Allied war propaganda, war hysteria and popular mythology suggested at the time and since. Hopefully, Hitler would have been assassinated and the Nazis overthrown by the German resistance shortly thereafter, returning Germany to democratic control. Then the new German government could have granted full independence to Poland, Estonia, Latvia, Lithuania and the Czech Republic, and returned all Polish majority territories to Poland. Then, it could have invited them to join a new Central and Eastern European mutual defense alliance against the Soviet Union.

David T. Pyne, Esq. is a former U.S. Army combat arms and H.Q. staff officer with an M.A. in National Security Studies from Georgetown University. He currently serves as a Vice President of the Association of the United States Army’s Utah Chapter and as Utah Director of the EMP Task Force on National and Homeland Security. He can be reached at [email protected]

This is the last in a series of five articles providing critical analysis as to how Germany Might Have Won World War Two.