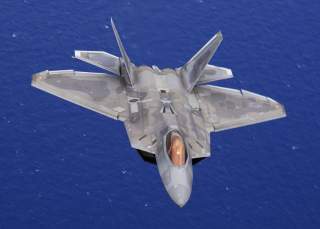 Key point: Because American bases would be under missile attack, the F-22s would have to flee before they could return to the fight. But the F-22 is also stealthy which would help its chances of surviving and winning.

David Axe edits War Is Boring . He is the author of the new graphic novels MACHETE SQUAD and THE STAN. This first appeared earlier in 2018.