This Is How America Is Helping Its Allies Deter Russia 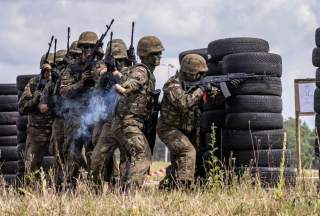 Key point: Washington needs its allies to be able to deter and defend themselves if America can't get there fast enough.