How America Hopes to Defend Against Enemy Missiles in the Future 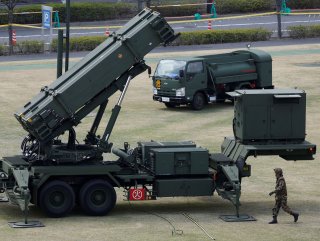 The United States currently operates a number of layered missile defenses such as Ground Based Interceptors (GBIs) intended to knock out ICBMs, Ship-Based Aegis radar-fired SM-3 interceptors, Terminal High Altitude Area Defense (THAAD) weapons and the Patriot missile. Many of these can be alerted by Space-based infrared sensors (SBIRs) or the now-emerging Overhead Persistent Infrared systems (OPIRs). Yet, are these systems ready for a new generation of attacks ten years from now?

There are reasons to be optimistic, given the test record of GBIs, Aegis and THADD. One senior Pentagon official told The National Interest that SBIR and OPIR are “perfect for picking up sudden missile launch plumes. This allows us to key radar.”

While many of these technologies have shown to be effective in tests, and in combat in the case of the Patriot, the Pentagon is acutely aware that the existing missile defense status quo may not be sufficient in the future.

Space-traveling missiles will be much faster and, such as with the case of hypersonic missiles, be longer-range and much more precise. Enemy ICBMs will have varying trajectories and much improved targeting technology. For instance, Russia is already reported to be allegedly testing a satellite-fired weapon. Furthermore, enemies will likely be able to fire groups or clusters of space-traveling missiles, including nuclear weapons, unleashing a veritable “salvo” of attacks.

The scope of these threats was cited recently by the Director of the Missile Defense Agency (MDA) Admiral John Hill, who specified that “new missile systems against the homeland” are in progress by many other powers, according to a Pentagon report.

What all of this amounts to is the existence of a fast-tracked Pentagon push to engineer a new Next-Generation Interceptor (NGI) program intended to find and knock out the full range of new threats.

A recent report from Breaking Defense breaks down the effort, explaining that it consists of the MDA, U.S. Strategic Command, U.S. Northern Command and the Office of the Secretary of Defense. In fact, the MDA released a final request for proposal on April 24, the report says.

Numerous reports say a Lockheed team and a Northrop-Raytheon team are working to develop such systems.

While many requirements and details related to the NGI are likely not available for security reasons, there are a number of key challenges future missile defense are likely to confront.

One is simply discrimination or discernment, meaning a space-traveling interceptor needs to have the advanced sensors necessary to distinguish an actual ICBM from surrounding debris or even “decoys” deliberately planted alongside the missile by adversaries to confuse interceptors.

A decoy can, in some instances by design, force an interceptor to destroy a decoy instead of an ICBM, thereby increasing the likelihood that the deadly missile will travel through to its target.

The Pentagon and industry have for years been working to engineer a new class of Ground-Based Interceptor sensors and “kill vehicles” intended to find, discern and destroy multiple approaching ICBMs. One such example was Raytheon’s Multiple Kill Vehicle program, a technology intended for this specific purpose.

While the Pentagon and MDA cancelled a program called the Redesigned Kill Vehicle, the concept and strategic requirement remain, meaning that new sensors and interceptors need to be built to kill multiple approaching ICBMs simultaneously.

A new interceptor will not only need to address the challenges of discriminating between real targets and decoys, but also simultaneously intercept them. Moreover, such a defensive system will also confront a new generation of extremely high speed space-traveling missile attacks such as hypersonic missiles.