How America Should Handle Iran and North Korea 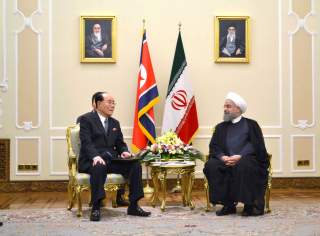 Third, where possible, America should work through a mediator to maximize its national interest. In the case of North Korea, South Korea can suggest alternative processes to help break the current political deadlock and build bilateral trust. In contrast, Iran case doesn't have a single mediator, but it does have the Europeans as well as Russia. Europe can be a useful intermediary since it has diplomatic relations and extensive trade ties with Iran. As in the prior negotiations, bringing Europe on board is key to solving Iran's nuclear problem. In that case, the United States should propose a step-by-step process of denuclearization to Iran rather than the current policy, as articulated by Pompeo, that requires Iran to do too much at once for little in return. To attain a substantive gain in its national interest, the United States needs to ask for something that Iran can consider.

The United States needs to deal with Iran and North Korea differently on their nuclear programs because of their distinct political systems, economic vulnerabilities, military capabilities, and ability to influence regional affairs. It is critical that America recognize the different stakeholders in regards to North Korea and Iran and take appropriate care to create the conditions for a lasting agreement. In both scenarios, there is a severe lack of trust among the United States and its interlocutors, both of which have been historical U.S. adversaries. Of course, this is why having a respectful dialogue and a verifiable process supported by international inspections is so important. The next step is doing everything possible to ensure that the United States succeeds.

Sungku Jang is an Asan fellow at The National Interest.