How American Lawyers and Accountants Help Fuel the War in Ukraine 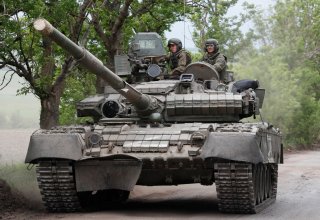 To punish the oligarchs funding Russia’s invasion of Ukraine, America and its allies are seizing their yachts, Park Avenue penthouses, and corporate assets hidden overseas. But Russian business magnates would not be able to buy these penthouses and yachts in the first place without extensive help from American lawyers, accountants, and financial advisors.

These enablers aid and abet corrupt regimes across the globe—in Russia, China, Angola, Myanmar, and elsewhere—by hiding the proceeds of corruption in the recesses of the U.S. legal and financial systems.

These enablers are successful because U.S. law exempts them from the rules that make it hard for American banks to do business with criminals. While Congress has closed some loopholes—for example, by making it harder to buy luxury real estate with dirty cash—the enablers are creative. New versions of corporate trusts operate like black holes and within them, the growing use of cryptocurrencies clears a path for more criminality. It’s an old game but with new tricks.

Congress is now considering legislation called the ENABLERS Act. The bill empowers the Treasury Department to require certain lawyers, accountants, company formation service providers, and others to conduct anti-money laundering checks in certain situations—for example, when they are asked to manage or advise on assets or form new trusts or companies.

The requirements are similar to those that U.S. banks must follow under U.S. law.  Extending some of these requirements to enablers means they can no longer turn a blind eye to questionable funds and people without incurring legal risk.

The House of Representatives included the legislation as part of the annual must-pass National Defense Authorization Act. The path forward in the Senate is less clear.

Under the ENABLERS Act, the Treasury Department’s Financial Crimes Enforcement Network, or FinCEN, would develop regulations to implement the law, starting with identifying the specific anti-money laundering processes for each category of professionals.

Combatting foreign corruption has been one of Congress's few bipartisan rallying points over the past several years and with good reason. As the yachts and penthouses show, the U.S. financial system is not immune to dirty money. FinCEN needs broader authorities to combat existing loopholes and anticipate new threats.

However, FinCEN’s capacity to implement and enforce the additional requirements of the ENABLERS bill is in question. Congress has piled on new responsibilities without the authorities, funding, and staff to carry them out.

For example, the Anti-Money Laundering Act of 2020 assigned FinCEN to implement key provisions of the Corporate Transparency Act, including establishing a beneficial ownership registry. This has already forced trade-offs and delays across agency priorities.

But the solution to an underfunded agency struggling to execute its critical mission is not to oppose new legislation. Instead, Congress and the Biden administration should commit to a comprehensive plan to strengthen FinCEN.

Recent proposals to increase its budget and double its staff are moving in the right direction but they are only playing catch up to the agency’s existing workload.

Money and people are essential but only part of the equation. FinCEN also needs to be more innovative. Advanced technology, including artificial intelligence (AI) and machine learning tools, will improve case management, strengthen risk assessment and analytics, and help reduce the overwhelming logjam of external data FinCEN receives through its Suspicious Activity Reports (SARs) system.

FinCEN must also cultivate a culture that attracts and retains the best staff. FinCEN ranks 429 out of 432 federal agencies on the Partnership for Public Service list of best places to work in government—an abysmal achievement. Rather than consistently ranking as one of the worst places to work in the federal government, it’s time to move FinCEN out of the bureaucratic backwater and into the forefront of the fight against global financial crime and corruption.

Congress and the Biden Administration have a unique opportunity to reimagine and resource FinCEN and make it ready to carry out a mission essential to U.S. national security.

The costs of overhauling the bureau pale in comparison to the global toll wrought by corruption, illicit finance, and kleptocracy.

Elaine Dezenski is Senior Director and Head of the Center on Economic and Financial Power at the Foundation for Defense of Democracies (FDD). Tyler Stapleton is Director of Congressional Relations at FDD Action.