How America's B-1 Bomber Is Basically a Flying Missile Carrier 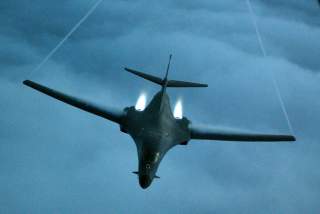 Key point: The B-1 might not long be a part of the nuclear triad, but it still packs a punch. Together with the B-52, the B-1 is an important strategic bomber.