How the Army Is Building a Fully Autonomous Fighting Force 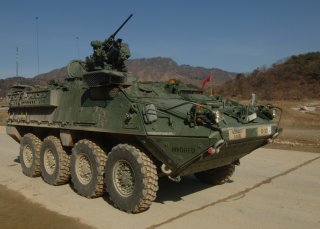 As robots driven by what the U.S. Army calls Autonomous Navigation Systems (ANS) have been in development for several decades, autonomous technology has been showing promise for many years. Many of these programs have shown great progress and, for instance, have been able to demonstrate the ability of robotic vehicles to respond to an emerging object or obstacle and quickly adjust course with complete autonomy.

Beyond the well-known navigational, surveillance, and data gathering attributes associated with autonomy, unmanned systems simply enable critical risk-taking, which is essential for technological progress and modernization.

“Autonomy has allowed us to take risks where we previously would have not. If you think about it, our risk tolerance is actually increased with autonomy, simply because we'll put autonomous systems in places we might not have put a human. It's just that simple. Operationally, people … have been trying to understand the value of autonomy to the operational force, and this is one of the major values of it,” Lt. Gen. Thomas Todd, chief innovation officer at Army Futures Command, told the National Interest in an interview.

“There are huge implications for autonomous systems when it comes to survivability. Certainly, it's gonna be difficult to hide in plain sight, but we've got to figure out how to do that. And sometimes that does mean autonomous systems and robotic systems. Sometimes it means some other way,” Todd explained.