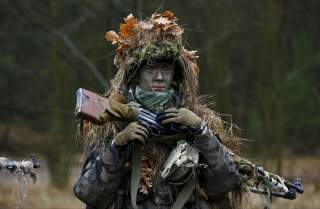 Key point: Washington is hoping that armed and trained civilians could spot and help stop a Russian invasion before it seized territory. Ever since Russia attacked Ukraine, American soldiers have been training NATO allies on how to counter such a surprise and unofficial attack.