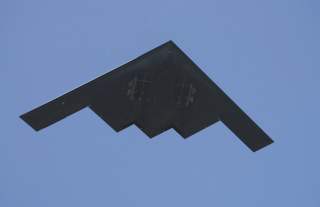 Key point: If the bomber needs to get where it is going, it might need to attack other planes. Here's how it could be armed to do so.