How Biden’s Afghanistan Withdrawal Affects the Battle for Eurasia 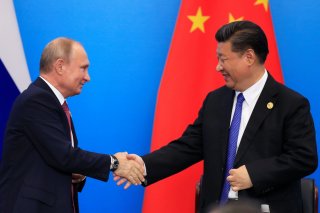 Back in the 1990s, scholars and journalists who watched the collapse of the Soviet Union, and the emergence of an independent Central Asia, pondered about the return of some form of a new “Great Game” in Asia. This historical concept was popularized by English writer Rudyard Kipling in his novel Kim. Later, historians used it to depict the Anglo-Russian rivalry and struggle for influence over Central Asia, its adjacent regions like Afghanistan, as well as the parts of the greater Middle East.

After the dissolution of the USSR, there appeared to be signs that its former Central Asian Republics were once again “up for grabs.” In 1996 a New York Times article declared how “Central Asia has again emerged as a murky battleground among big powers engaged in an old and rough geopolitical game.” In this new iteration, the competition took place not just between states but also among powerful corporations, which sought to access the region’s vast energy resources. It seemed that these outsiders—especially the Western countries—wanted to end Russia’s monopoly over the pipelines and influence over the newly independent states. For its part, Moscow sought to maintain its sway over the region. Foreign presence was further elevated after the United States arrived in the region in 2001, and had, at one point, stationed around 100,000 troops in Afghanistan.

Moreover, apart from the Westerners, the last two decades saw an increase in China’s presence in former Soviet Central Asia. First, it engaged the region via the Shanghai Cooperation Organization, which enabled it to interact predictably and cordially with the post-Soviet states. Later, it became the region’s invaluable trade partner, investor, and buyer of oil and gas resources. The Belt and Road Initiative, with its ambitious infrastructure building plan, further deepened China’s interaction with its neighborhood and beyond.

Hence, in the post-Cold War period, there was a prospect for a resumed “Great Game,” with several variations, including the number and type of the players engaged, and the objectives they sought to attain. Russia, China, and the United States were eventually joined by Pakistan, India, Iran, Turkey, and even Israel. Moreover, as Columbia University scholar Alexander Cooley noted, the Central Asian states were not just paws in others’ game. They are sovereign nations and have a considerable agency in this process. There is also a role to be played by regional organizations like the Shanghai Cooperation Organization (of which four out of five former Soviet Central Asian Republics are members, and Afghanistan is an observer), and maybe even the Russia-led military alliance, the Collective Security Treaty Organization, which was established to counter a possible spillover from Afghanistan. Finally, in the “New Great Game,” there was a profound influence of sub-state actors such as terrorist groups, whose activities brought the outsiders to the region.

The last two decades demonstrated that the objectives of the “players” vary and include, among other things, the fight against terrorism, but also the pursuit (or maintenance) of regional hegemony, formation of cultural allegiances, securing contracts for national corporations, security concerns, and similar. Securing an undisturbed access to valuable resources had also become a goal for many states. Some scholars like Ian Cuthbertson believe that the basic premise remained unchanged: states want to prevail and limit or exclude competitors.

Given this context, what does President Joe Biden’s recent decision to pull out all U.S. troops from Afghanistan mean for the “New Great Game?” Unsurprisingly, the reactions to Biden’s plan were mixed. They range from criticism of “failure of leadership,” which leaves the United States open to future attacks by terrorists once Afghanistan is overrun by the Taliban, to the praise of his assessment that the security threat to the United States was reduced, and the time has come for an efficient developmental assistance to lead the way.

However, in terms of the “New Great Game,” the withdrawal does not spell an end. The United States will not cease to be a participant in it. Like many other “players,” it will change the degree of its presence and the manner of its involvement. In the “New Great Game” the use of force was never the main tool. Alternative methods of exerting influence, such as diplomatic negotiation, formation of corporate alliances, and the use of media, are far more common. Lobbying and the use of soft power had also become important. In fact, Biden referred to this by pointing out that after the pullout, America’s “diplomatic and humanitarian work [would] continue.” One of America’s regional rivals—Russia, which also experienced the pains of the Afghan war—similarly adapted its “Great Game” playbook. In recent years, it transformed its strategy and became an influential mediator in inter-Afghan dialogue. In March 2021 it hosted the Taliban and members of the Kabul government at a peace conference, which was also attended by representatives of China, the United States, and Pakistan.

Ultimately, Afghan troop withdrawal could in fact return the United States to the type of “Great Game” participation it practiced in the 1990s. It was an influential actor through its diplomacy, investments, and soft power. Occasionally, it even used force, as did the Clinton administration in 1998 in reaction to the bombings of the U.S. embassies in East Africa. In fact, such limited military actions against direct threats rather than large scale deployments are part of the “off-shore” balancing strategy, which had been proposed by scholars John J. Mearsheimer and Stephen M. Walt.

Finally, as the Dean of John Hopkins University SAIS Eliot A. Cohen noted, the withdrawal allows the United States more strategic freedom to participate and back different sides of the Afghan conflict, according to its interests (albeit at a reputational cost). In fact, this is what the nature of the “New Great Game” is all about. In case Afghanistan turns into—as one scholar had pointed out—another Libya or Syria—its neighbors and the outsiders would likely end up supporting different factions. In such a scenario, an optimal strategy could likely be a marriage of convenience with one of the parties that also receives most support from the international community. While the Biden administration remains formally committed to the Kabul-based government, the latter’s future fortunes might change Washington’s long-term calculus.

Janko Šćepanović, Ph.D. is a postdoctoral researcher at the School of Advanced International and Area Studies of East China Normal University, in Shanghai, the People’s Republic of China. His research focuses on Russian foreign policy in the former Soviet space and Eurasia.