How Big of a Deal Is China's New JH-XX Stealth Bomber? 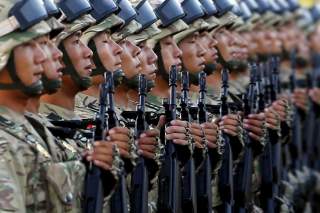 Key point: China wants more high-tech weapons, which includes a new stealth plane. The JH-XX hasn't been built yet but is rumored to be a fighter-bomber combo.