How Big Of A Threat To NATO Is Russia's New PAK-DA Stealth Bomber? 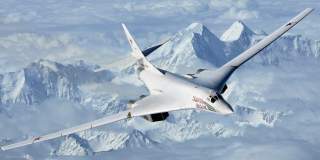 Mark Episkopos is a frequent contributor to The National Interest and serves as research assistant at the Center for the National Interest. Mark is also a PhD student in History at American University. This first appeared in early August 2019.