How Can The U.S. Navy Defeat China? One Of Your Favorite Sci-Fi Shows Has Answers. 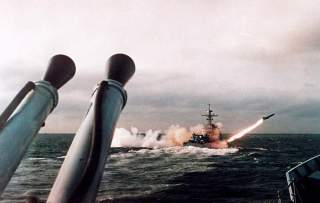 Key point: Posing missile, gun, and torpedo threats from many points of the compass from as many domains as possible would compel a ship’s beleaguered defenders to cope with more challenges, perhaps, than they could manage.