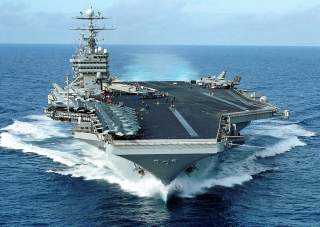 (This first appeared back in January of this year.)

Now comes Lou Yuan, deputy chief of the Chinese Academy of Military Sciences and a prolifically hawkish military commentator who supports a Chinese invasion of Taiwan. Last month, Yuan told an audience at a Chinese military-industrial conference that China could solve tensions over the South and East China Seas by sinking two U.S. aircraft carriers.