How China Used Ukrainian Missiles to Improve Its Own Nuclear Arsenal 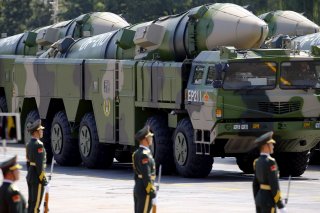 Key Point: It wouldn't be the first time that Beijing go its hands on foreign technology. Here's how it bought up expertise and actual missiles after the Cold War.